mistake in the world of wine

mistake in the world of wine

When it comes to wine, there are two big misconceptions (okay, there are more, but that’s for another time) that persist among the masses. The first is that Chasselas and Dolcetto should be drunk young, within two or three years of harvest. In my opinion, generally speaking, this is a big mistake that should be avoided urgently. Of course, not every Dolcetto and any Chasselas can withstand longer storage. But there are more such wines than you think.

Mistake in the wine world No.1

n the case of Chasselas, this has perhaps been known to some for some time. Since then, I put aside six to twelve bottles of Medinette every year, which lie dormant in the cellar for at least five years until I open the first bottle of vintage. It’s a bit of a test of patience, but it always pays off. Because after four to five years, the first metamorphosis is over and the wines gain more and more complexity. They mutate from simple aperitif wines to fine food companions. Or I drink them just like that because they are damn good. Anyone who has had the opportunity to drink an ’05 Medinette in the last two years knows what I mean: The wine is simply to die for.

Mistake in the wine world No.2 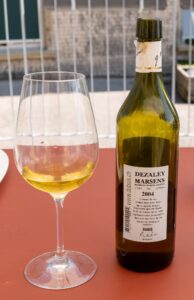 Recently we drank a bottle of Dezaley Marsens 2004 from Dubois. It was given to me by a man who had repeatedly supplied me with matured gems over the years. One who has long recognized the potential of such wines. I thank him very much for that! I served the Chasselas covered and asked those present to what age they estimated the wine. No one was even close to being right with their estimate. In short, they gave the wine five to six years. The 16-year-old Chasselas stood there like one with a wonderfully creamy texture, fine honey notes, and ripe pear, carried by an animating acidity. Everything was very nicely balanced. 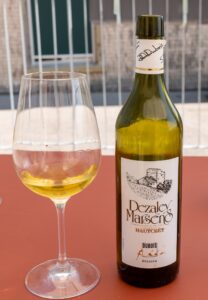 With Dolcetto, I have not yet so much experience. Actually, I tried to avoid these wines. After all, who drinks Dolcetto when you can drink Barolo? But as it turned out, this was also a big mistake. Just ask the winemakers in Piedmont what they drink every day! It is not Barolo, but very often Dolcetto and maybe sometimes a simple “Nebbiolo”. Regular trips to Piedmont provided me with the opportunity to drink mature Dolcettos again and again. I was surprised how much fun the wines still were after such a long time of cellaring. Once, the sommelière decanted a ten-year-old Dolcetto while leaving a far more expensive Barolo in the bottle. At such moments, you sit at the table slightly irritated and smile politely. But you may guess which bottle was drunk empty first. Correct, it was the Dolcetto. since then I love Dolcetto. This “small” wine inspires me of its uncomplicated nature. It is not one of those “cerebral” gems that demand everything from you when you drink it. Dolcettos are down-to-earth, unpretentious pleasure-givers, ideal for a lunch without fuss. They offer a sense of fun that everyone understands. They are like a good friend sitting at the table. 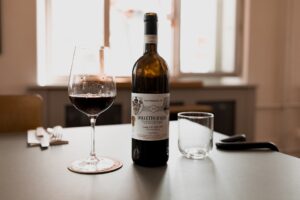 The Dolcetto of Commendatore Burlotto from the very good year 2010 convinced us once again. It is an elegant wine with herbal spice, white pepper, and floral notes, which went perfectly with the homemade burger.

I hope I could animate you with the two examples to give your wines more time in the cellar. They will give you a lot of pleasure!

About the Author: Philipp Uehlinger